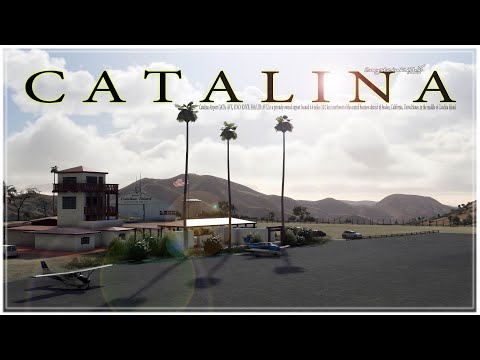 Опять меня туда занесло...во всех симах туда уже слетал и вот в FS2020!)))
С подступающим Новым годом, хотя я ещё успею наснимать видосиков и поздравить!
Catalina Airport (IATA: AVX, ICAO: KAVX, FAA LID: AVX) is a privately owned airport located 6.4 miles (10.2 km) northwest of the central business district of Avalon, California, United States, in the middle of Catalina Island. The airport is open to the public and allows general aviation aircraft to land there. The only requirement is that inbound pilots state their intention to land and that they pay a $35 landing fee. The airport is primarily used for general aviation. The airport is also used for airfreight from the mainland. Supplies for the island are delivered daily. The airfield is known as the "Airport in the Sky" because it lies near the island's highest point at an elevation of 1,602 ft (488 m). All roads to the airport from the island's population centers climb steeply upward. The road distance from the airfield to Avalon is ten miles (16 km). The airport currently has no scheduled passenger service.